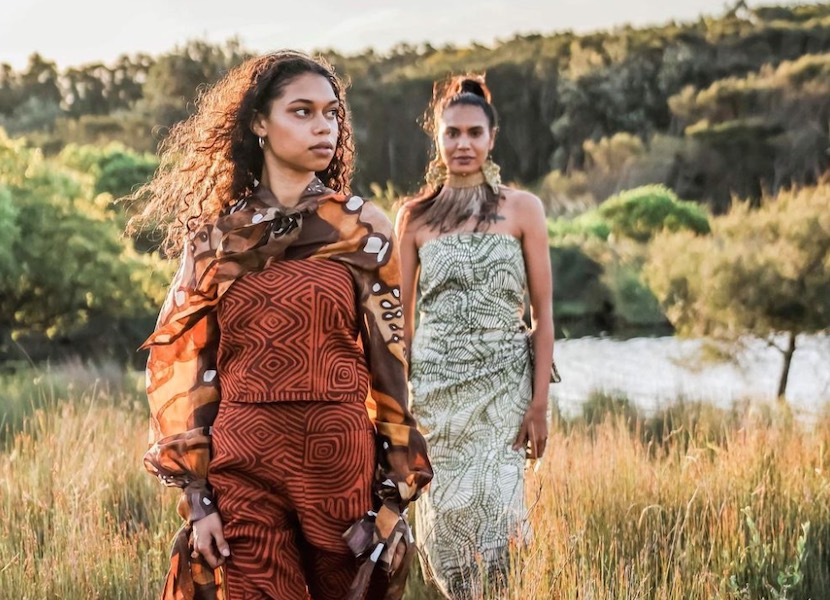 “For too long we have been the subject and not the creator.”

Fashion Journal is proud to continue an ongoing partnership with First Nations Fashion and Design aimed at highlighting and amplifying First Nations voices, talent, culture and stories across the industry. Fashion Journal acknowledges the Aboriginal and Torres Strait Islander peoples as the first Australians and traditional custodians of the lands on which we live, learn and work. We pay our respects to their Elders past, present and emerging.

For too long, First Nations Australians have been denied the chance to tell their stories in their own way. While this is an issue that permeates every area of society, one such area is the realm of photography. It’s an industry that’s historically been dominated by White people, and when you never get the chance to be behind the lens, you never get to capture your communities and experiences in a way that feels authentic and true.

But a new organisation is seeking to change that. Blak Lens is a collective of Indigenous photographers founded by First Nations photographer Michael Jalaru Torres. These photographers have joined forces in order to support and amplify each other, with the long term aim of building a professional and cultural network that will change people’s perceptions of First Nations Australians.

In Michael’s words, each Blak Lens photographer has “their own zest and flair and they want to be able to share their particular style and unique perspective”. Below, Michael shares his vision for Blak Lens and explains why it’s an important (and long overdue) development.

I feel very honoured. I had to push for this and I’ve got the drive to do this but I also feel that it is a big responsibility. It is a responsibility because us as Blak mob don’t get the opportunity to be a part of the photography industry in the same way. So we had to create it ourselves.

This kind of collective has been tried in the past and I gazed on what didn’t work. There were growing pains in the first six months. But we’ve come to a point where one person’s success is success for the group. I am very proud.

What is your role in Blak Lens?

I am the founder of the group. I am the head of the group and look at the big picture stuff. I am a photographer but I am also kind of like the driving force and mentor to the emerging photographers.

I try to go to all types of industries and sell the idea of Blak Lens to them. I try to create pathways for the emerging photographers and I also open up and try to share this with the younger generations.

Why did you start Blak Lens?

I began photography in Broome, which is a remote region. In a place like that, you have to learn the craft yourself, teach yourself. I went to Melbourne to pursue photography but I found that there were many opportunities and funding for fashion and art but not a lot for photography and really it was quite similar to back in Broome.

I thought ‘I’ve got to do something for the young mob coming through’. I didn’t just want success in Melbourne for just myself. I want others to rise up as I rise up. I want to support others while I’m young and have the drive.

What was the process of starting Blak Lens like?

The first six months was slow at the beginning. I reached out to the photographers individually through Instagram and I was picky. We created social media accounts and as we grew we added more people to the group. Now we’re at a stage where we are sharing in each other’s success.

Why is it important to have Indigenous photographers seen and included in the art and photography world?

For a long period of time, Blak people were seen as something to be studied and this is seen in the photography [of the time]. These photographers would come into the communities and take photographs and the people in the community didn’t know where those images would be going and what would be done with them. In modern times the mainstream media often paints Aboriginal people in a negative light.

We are fighting back against this through photography. We as photographers are taking a snapshot of our people and communities through our eyes. For too long we have been the subject and not the creator.

What is your long term vision for Blak Lens?